This is a poem I wrote to explain life with epilepsy and my brain surgery journey, including the recovery phase. It also explains how it led me to start painting and set up this site.

I was nine years old and full of fun,
Noone knew what was about to come.
My first seizure out of the blue,
Would anyone know what to do?
If I was to fall or stare into space
Or find myself in a strange place.
“It’s just a daydream or stage fright” people would say,
“It’s like someone just switched off the light.”

Children at school calling me names,
To return tomorrow with more of the same.
People would stare in disbelief;
Epilepsy, you are a thief!
A thief of joy, freedom and friends,
Is this my life forever or is there an end?

Constant trips to see the neurologist,
“You’ll need to take medicine, we’ll start you on this.
Take two tablets twice a day,
They might keep the seizures at bay.”

But they didn’t stop they kept coming back,
With just 10 seconds warning before they attack.
I got old and the seizures got worse,
They made me fall and it would hurt.

At university I studied IT,
I worked damn hard to get my degree.
My lecturer told me, “this career might not be the best,
If you need so much time to rest.”
But I kept going and kept up the work,
I wasn’t going to listen to this jerk.
“You passed your degree, you got a 2:2”
I just smiled politely and said thank you.

We ventured up to Shetland to continue our lives
Where we would finally become husband and wife.
I managed to get a job in IT,
Until we moved to the big city.
The dangers of this suddenly became apparent,
When I had seizures on the road and by train tracks.

“You’ll have to stay at home, it’s not safe outside!”
It was hard to adjust and yes I cried;
At every job offer I had to refuse.
Would my epilepsy win? I was not going to lose.
I started my business working online
Doing website development and design. 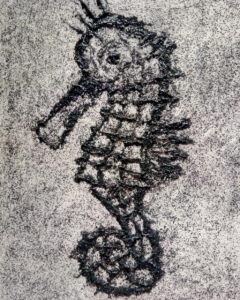 My seizures continued to come and go,
So my neurologist wanted to have a go
At trialling me on some different meds.
They would knock me out, I’d spend half the day in bed.
The side effects came on, they were not good,
Depression, hallucinations and being put off my food.
They didn’t even keep the seizures at bay,
So I changed meds, back to the usual way.

We decided to move in to the country
When at position came up that would finally suit me.
There were no trains or busy roads
But trees and water, there was loads!
One day my neurologist suggested surgery,
It would be the start of a very long journey.

Four long years of tests and scans
Just to find out if they can
Remove the damaged part of the brain,
Without causing me to go insane.
They said that it could go ahead
I said yes, although we were both full of dread.
Countless discussions every night
Just to find out if everything would be alright.
But how would we know unless we tried
So I signed on that dotted line. 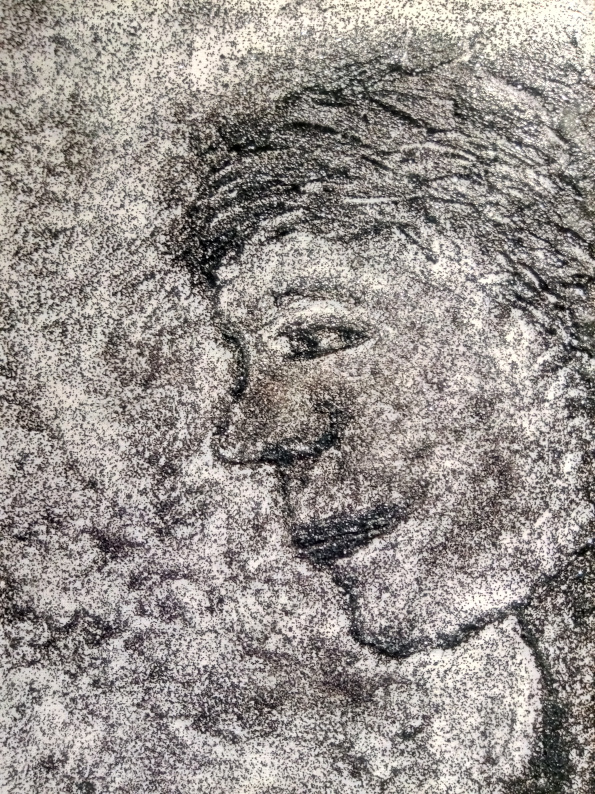 The surgery took place in July,
All I could think was, what if I die?
Will I wake up? Who will I be?
Would I be different? Would I be seizure free?
Would I have a stroke? Would I be able to work?
All these questions would drive anyone berserk!

So I counted to ten as I went under,
Hoping that they would not make a blunder.
Eight hours later I came around,
I didn’t even know I had gone down.

I felt my head where a patch had been shaved.
I was still high on drugs so it masked the pain.
That wouldn’t last long, I was sore in the morning.
Then I threw up without any warning.
“You might have to go back into theatre”
But everything settled down and I was given the all clear.

The opiates were really taking their toll,
So I was put on paracetamol.
It did not really hit the spot.
“You can’t have any more, you’ve had your lot!”

Five days later, they let me go home,
“If anything goes wrong you can contact us by phone.”
For the first couple of weeks things were going fine.
Then everything started going crazy in this head of mine.
The adrenaline flowed and my head would spin,
I’d go all dizzy and my ears would ring.
My emotions ran wild, I laughed and I cried.
What had I just done? In who should I confide?

I kept in touch with my friends online
Who’d gone through this before so knew the signs
Of what came next and how I might feel
And to help me to get through this ordeal.
My husband was there to provide a listening ear,
To put me at ease when I was full of fear,
As I ventured blindly into the unknown
Had my seizures finally gone away? I hope so.

My brain would keep me up until late
So I started painting to keep my head straight.
I eventually got my sleep back on track.
After four months off work I decided to go back.

At eighteen months with no seizures
I went to see my neurologist.
Is now the time to reduce my meds?
What are the risks? Will it screw with my head?
“You do know your seizures could return;
If you come off them or reduce them too soon?”

I’m now nearly two years seizure free.
It was definitely worth going for brain surgery.
It took a while for me to adjust
To a new way of “normal” and have some trust
That my seizures have completely gone away.
This is something I have to take day by day.

Any cookies that may not be particularly necessary for the website to function and is used specifically to collect user personal data via analytics, ads, other embedded contents are termed as non-necessary cookies. It is mandatory to procure user consent prior to running these cookies on your website.